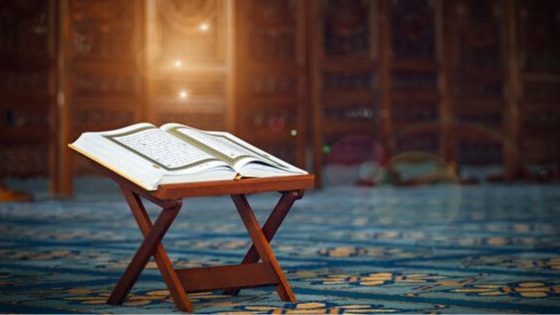 Shaykh Abd al-Fattah Abu Ghuddah wrote a beautiful treatise on the value of time. This book has been highly influential on my own productivity books like Getting The Barakah and Productivity Principles of ʿUmar II. In this short article, I want to share some key passages from this classic work on time management.

Blessings are Primary and Secondary

Blessings are divided into two different kinds: primary and secondary. Having an abundance of wealth and knowledge, a strong body, observance of the nawafil [supererogatory acts of worship] such as waking up to pray at night, and reading the Quran frequently, and following the Sunnah of the Prophet in bodily cleanliness, perfuming oneself—in the case of men— when attending a gathering and shaking hands with those you meet, entering the mosque with one’s right foot and leaving it with the left, and removing harmful objects from paths and roads, as well as the many other actions performed by the Prophet which are recommended for us to emulate— all of these are examples of secondary blessings, but they are great in the eyes of those who know their true values.

Primary blessings are also numerous and infinite in number, the first of which is the belief in Allah the most Exalted and the Messengers and Books sent by Him and implementing His commands and abiding by them. Other blessings include having a healthy body, eyes, ears and all other senses, which are the fulcrum for man’s essence and the foundation from which he may go forth and benefit from his existence.

The blessing of knowledge is also a primary blessing that is essential for the advancement of humanity and its happiness in this life and the next, for knowledge is a lofty blessing whichever form it takes; seeking it is a blessing, benefiting from it and benefiting others by it is a blessing; preserving it and transmitting it to the following generations are a blessing, as is spreading it to people. There are many other examples of primary blessings, which I will not mention here out of respect for the value of time.

One of the primary blessings or the loftiest and most precious of all primary blessings is that of time, for the discussion of which these pages have been assembled, particularly its value for students and people of knowledge. Time is the substance of life, the sphere in which man exists, the citadel of his spirit, and his subsistence— him benefiting himself and others. (Value of Time, pp. 11-12)

Allah the Most Exalted addressed the non-believers reprimanding them for wasting their lives, spending them in a state of disbelief, and not leaving their state of disbelief to a state of belief despite the blessings of long lives that Allah bestowed upon them, as He, the Most Glorified, said: Did We not grant you a life long enough for him who reflected to reflect therein? And the warner came to you? Now taste [the flavor of your deeds], for evil-doers, have no helpers.

Hence, He, the Most Glorified, has made the blessing of a long life a reason for one to reflect and ponder, and has made one’s life as proof against him, as He has made messengers and warners proofs and witnesses over him as well. Ibn Kathir said in his tafsir [exegesis] of this noble verse: “It means: Did you not live in this life and have such long life spans that had you been of those who benefit from signs and who follow the truth you would have done so in your lives?” Qatada said: “ Know that the length of one’s life is a proof against him, so we seek refuge in Allah from being mocked and blamed due to our long lives.”

Meaning that Allah has removed any excuses he might cite and he will have no possible excuses, for Allah had granted him such a long lifetime. (Value of time, p. 13)

His [books on] history and tafsir [Qur’an exegesis] were each around three thousand pages long, making them together a total of around seven thousand. His “ History” was printed in eleven large volumes and his tafsir in thirty large volumes. If you consider the rest of his writings, 351 thousand pages, you would realize the extent of the writings of this imam, who was like an encyclopedia in his knowledge, like a publishing house in his writing, while he was but an individual, writing with his own pen on paper, and spreading his knowledge and thought to the people as purified sweet honey, and that would not have been possible were it not for the fact that he used his time beneficially and knew how to manage it and use it effectively

The judge Abu Bakr ibn Kamil-Ahmad ibn Kamil al-Shajari, the student and companion of Ibn Jarir, said, describing how he, may Allah have mercy on him, ordered his times and activities: After eating, he used to sleep in a short-sleeved shirt, rubbed with sandalwood and rosewater. Then he would get up to pray Zuhr at home and would write until ‘Asr time, and would go out to pray Asr, then would sit teaching the people and correcting them until Maghrib. Then he would sit to teach Fiqh until the last Isha prayer, then he would go home. He used to divide his day and night between his personal interests, his religion, and people, as guided by Allah, High and Glorified be He. (Value of time, pp. 21-22)

To learn more about Time Management from an Islamic Perspective, grab our self-help bundle today!