Yes, Fiqh needs to be localized 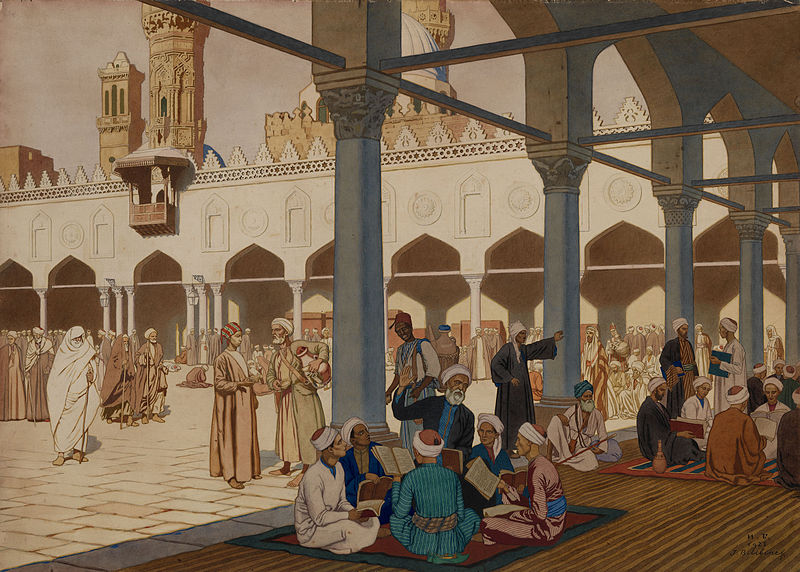 For some reason, a lot of people online get upset when they hear scholars in the West saying that they need to formulate their own Fiqh and not blindly follow the Fiqh of India/Saudi/Mauritania. They take it as an attack on traditional scholarship and a type of deviation.

The Need For Localization

Fiqh (understanding and interpretation of Islamic Law) is not set-in-stone, as Shariah is. Fiqh, by its nature, is meant to be localized and personalized. Throughout history, Muslim scholars have changed their verdicts based on the culture, customs, norms, and traditions of the people they were dealing with. This is completely normal and very practical. The opposite, importing Fiqh from foreign countries, is impractical and makes the religion unnecessarily difficult.

Let me provide an example from my community. I live in South Africa, but the majority of Islamic scholarship in my community has roots in India. As a result, a lot of the local Fiqh is imported from India and not relevant to the local community. One such fatwa is the idea that practicing Muslim men should wear the Kurta (traditional Indian dress, similar to the Thowb) and the Topi (Indian headgear). Some ʿulema declare it Sunnah, and others even declare it Wajib. Some go as far as to label Muslim men who don’t wear Topis as Fāsiqs. (Open Sinners)

The above case is a clear example of a Fiqh issue that is need of localization. Islamic dress codes should take into consideration local dress norms, while of course maintaining the boundaries of Hijāb that are clearly outlined in the Shariah. This brings me to the misunderstanding a lot of people have.

It doesn’t mean what you think

When scholars in the USA, for example, say that they need their own localized Fiqh, a lot of Muslims in the East are angered by this. This is because of two false assumptions. Some assume that Western scholars are saying that Eastern Fiqh is not good enough. Others assume that this means changing the fundamentals of Islam. Both assumptions are wrong.

Basing one’s opinions on local customs is not an insult to other cultures, it is the way Fiqh has always worked even during the time of the Ṣaḥāba. A clear example of this was the different clothing choices and lifestyles of Ṣaḥāba living in Syria, compared to those living in Madina. Both groups dressed and lived according to the culture of their lands within the boundaries of Shariah. Neither took it as an insult to their culture or opinions.

A simple fact that the first assumption overlooks is that there is no such thing as Eastern Fiqh. The Fiqh of Saudi Arabia differs greatly with the Fiqh of India, Turkey or Malaysia. Each of these ‘Eastern’ lands has its own localized Fiqh which is exactly how Fiqh is supposed to be. Muslims in Malaysia are not expected to follow Saudi fatwas, neither do Muslims in India follow Turkish Fiqh. So why then are Muslims in South Africa, U.K. or U.S.A. expected to follow Indian or Saudi fatwas, instead of deriving their own fatwas based on the local culture?

The second assumption is also wrong. None of these scholars are calling for changing the principles of the religion or matters of consensus. If anybody is doing this, then that individual is wrong and heading down a deviant path. Rather, all these scholars are calling for is changing the verdicts that are based on cultural norms in Saudi Arabia or India (or wherever) and replacing them with new verdicts based on the cultural norms of their own countries. And they plan to do all of this utilizing the principles (Uṣūl) of Fiqh and agreed upon Fiqh maxims. This brings me to the third point.

This is the way Fiqh has always operated

One of the primary maxims of Fiqh is “Local Custom is the deciding factor”. This maxim is found in all math’habs and has been the basis of fatawa for the bulk of Islamic History. It is the core reason why the Fiqh of North Africa is so different from the Fiqh of Indonesia, or why the Fiqh of India is different from the Fiqh of Turkey. The true scholars of any community have always localized their Fiqh based on principles like ʿUrf (local culture), Maṣlaḥa (focusing on the greater benefit for society) and ʿAdāt (local customs).

This has been the case throughout history in every culture and country. So why shouldn’t it be the case for Muslims living in South Africa or the U.S.A. where the ʿUrf and ʿAdāt of society are so different from “back home”? The above-stated maxim makes it the duty of scholars to localize Fiqh. So not only is it something good, it is actually something necessary for Islam to remain practical in every place and time.

Scholars “back home” already do this

Scholars in India, Saudi Arabia, Malaysia, Indonesia, Turkey, and every other Muslim country already localize their Fiqh. All of these scholars are wary about importing fatwas from other cultures and urge their followers to follow local fatwas instead. So why should scholars in the U.S.A. or South Africa be any different? Why should they import fatāwa from foreign countries that have no relevance to their lands and make life unnecessarily difficult?

Localization is the way forward

As Muslim communities are still new and relatively young in many of these countries, they are still formulating their local Fiqh. What is needed is for young bright minds to travel to Muslim countries, study Islam intensely under scholars there, then come back and…not repeat whatever they learned verbatim. Rather, they need to utilize the Uṣūl that they studied to think over, discuss and formulate the right Fiqh for their people. This means engaging with the tradition, instead of simply memorizing and narrating it. It means going against the opinions of your teachers on many issues. Not because they are wrong, but because their opinions are for their lands, and you need opinions suitable for your land.

I end with a simple question: Why is it so controversial that scholars in these lands (Africa, America, Europe, etc.) want to localize their Fiqh? Think about it.

3 thoughts on “Yes, Fiqh needs to be localized”