ʿUmar bin ʿAbd al-ʿAzīz aka ʿUmar II was the eight Umayyad ruler, who ruled the ummah for just two years from 99 to 101 AH.

Despite the brevity of his reign, ʿUmar (RA) is considered one of the greatest and most influential leaders in the history of this ummah. In fact, many historians even call him the Fifth Rightly Guided Caliph.

Many books and article have been written about this amazing man. If you would like to read his detailed biography, I highly recommend Dr Ali As-Sallabi’s book, Umar Bin Abd Al-Aziz. It is a 700 page detailed account of his life and lessons extracted from it. Alternatively, you can also purchase my book, which discusses his life from a productivity perspective. My book is available here.

In this article, however, I wish to discuss some of my personal reflections on the life of this great man. I have reflected a lot on the life of ʿUmar bin ʿAbd al-ʿAzīz as I consider him a role model, and someone I aspire to be like. From a leadership perspective, the following lessons stood out to me:

Nobody becomes a great person in a vacuum. There are many factors that lead to greatness. In the case of ʿUmar bin ʿAbd al-ʿAzīz, parenting played an important role. ʿUmar’s mother was the granddaughter of ʿUmar bin Al-Khattab (RA) and she raised her son to follow in the footsteps of her grandfather.

He was raised in Madinah, studied Islam under some of the greatest scholars among the Sahaba and Tabi’een, and was taught the confidence, skills, and manners needed to succeed in his field. ʿUmar bin ʿAbd al-ʿAzīz (RA) is a great example of what three generations of righteous parenting can produce.

2. It takes a community to produce extraordinary leaders

Malcolm Gladwell, in his book Outliers, proposes that there is no such thing as a self-made success. Rather every successful person is the combination of many factors including being born in the right time and place, having a good upbringing, and being part of the right community. All of these factors can clearly be seen in Umar’s success.

He was born into the Umayyad family, raised in Madinah, a descendant of rulers on both sides of his family, and given a great education. The factor I want to focus on here is the role his community played in shaping him. ʿUmar bin ʿAbd al-ʿAzīz (RA) was raised in the best possible community, Madinah!

Furthermore, he was raised there in a time when there were scholars in Madinah from among the Sahaba and Tabi’een. Add to this, his grandfather’s brother ʿAbdullah Bin ʿUmar (RA) was a scholar of Madinah who personally taught him Islam!

ʿUmar bin ʿAbd al-ʿAzīz (RA) was the product of not just good parenting, but also of great teachers, and a righteous community. If we want to produce great leaders, we too need to establish communities like that of early Madinah.

3. Setbacks can be opportunities in disguise

During the reign of his cousin, Walid, ʿUmar bin ʿAbd al-ʿAzīz served as the governor of Madinah. Due to political reasons, Walid dismissed him from this post and had him relocate from Madinah to Damascus. In theory, being forced out of a position of power and forced to move from your hometown to another town seems very negative.

However, Damascus was the capital of the empire, and it was there that ʿUmar would become the vizier of the next Caliph, Sulaiman, and eventually after Sulaiman, ʿUmar succeeded him and become the eight Umayyad Caliph. As is the case in the lives of many other amazing people, the so-called setback in Umar’s life was actually an opportunity, as Allah had much greater plans for him.

One of the first things that ʿUmar did as Caliph was establish for himself a counsel of righteous scholars and advisors. ʿUmar (RA) would consult this counsel for all major decisions, leading to many brilliant politic moves that improved the overall state of the ummah.

The key lesson here is that Muslim leaders must surround themselves with righteous and qualified individuals who can offer counsel that is both wise and Islamic. Who you choose to advise you plays a major role in what you end up doing with your position of power.

Linked to this is the importance of the leader recognizing that he needs the advice of others. A leader should not be arrogant and think he can do it all on his own. Rather, leaders must be humble, take advice, reflect on it and follow it if it proves to be beneficial.

When ʿUmar (RA) became Caliph, one of his first political moves was to undo the misuse of the Muslim treasury. This meant leading a simple life and avoiding luxuries himself, despite being raised in luxury. ʿUmar (RA) and his righteous wife Fatima (RA) immediately changed their lifestyle, and chose to live a simple life until the very end.

This is a very important leadership lesson. A leader cannot expect sacrifice from his followers if he is not willing to make similar sacrifices himself. Leaders must do, and when they do, people will follow.

6. Focus on Allah’s pleasure and justice

ʿUmar (RA) made many decisions that were not popular at his time. He sort to make a reform across the empire that took things back to the way they were at the time of the Rightly Guided Caliphs. In trying to change many things at once, he faced the anger of many people, including his own cousins and relatives.

ʿUmar (RA) stuck to his principles until the very end. Within two years of rising to power, ʿUmar (RA) was poisoned by his relatives and died. He remained uncompromising on what he believed was justice and the right way.

No human is perfect, and no leader is perfect. ʿUmar bin ʿAbd al-ʿAzīz (RA) is someone I look up to, and consider a role model. Yet a detailed study of his life led me to realize his one mistake, which in my view also cost him his life.

Note: We believe that life and death is in Allah’s Hand, and we can’t change Qadar. But we can reflect on history, so that we do not make the same mistakes as those before us.

ʿUmar’s (RA) mistake was trying to change too much too fast. In doing so, he created a backlash that led to his own death. From my study of history, I have realized that the most effective leaders were those who focused on gradual sustainable change. In doing so, they eased change upon their followers and avoid major backlash.

Islam itself came gradually, and even the first generation of Muslims needed gradual change. People, in general, fear change and can react very poorly when they feel threatened by change. This is what happened when ʿUmar bin ʿAbd al-ʿAzīz (RA) tried to change too many things in two years. It created a negative reaction, which led to his death.

NOTE: I discuss and analyze this mistake in more details in the appendix of my book about ʿUmar bin ʿAbd al-ʿAzīz.

It is crucial when studying history that we don’t just focus on memorizing facts. It was far more important to analyze, reflect and extract lessons. History is full of amazing people who accomplished great things. Take the time to learn their lives, and reflect on both their victories and mistakes.

Even the greatest of heroes made mistakes, and there is no shame in that. What amazes us is the fact that they existed, and accomplished so much, despite their human flaws. This should inspire us to realize that we too can accomplish amazing things, despite our mistakes.

To learn more about ʿUmar bin ʿAbd al-ʿAzīz, check out our full book on his life and lessons here: https://gumroad.com/l/umar2 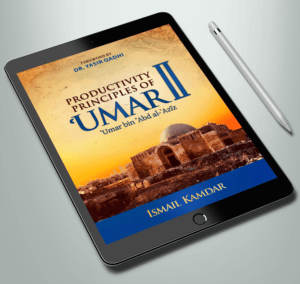