How Social Media is ruining Dawah 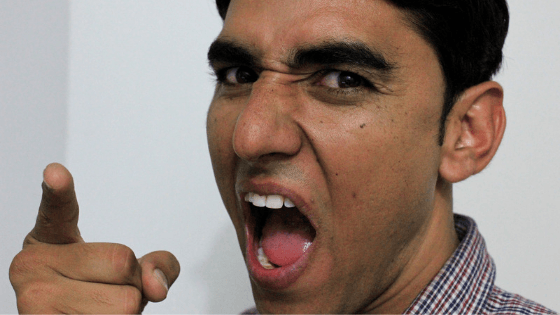 Shaykh posts on social media a list of rights of wives. He gets thousands of likes, comments praising him, and shares.

He then posts an equally valid and similar sized list of rights of husband. He received hundreds of angry comments, accusations of being a misogynist and calls for him to be fired. Quietly, he deleted the posts and never discusses the topic again.

A Muslim activist discusses how racism is prohibited in Islam. She posts various verses of the Quran, hadiths, and quotes from scholars to prove her point. She is praised for serving the Deen and advocating human rights.

She then posts a similarly valid discussion about how homosexual practices are prohibited in Islam.
She posts various verses of the Quran, hadiths, and quotes from scholars to prove her point. She is accused of being an extremist and homophobe, with threats to get her fired from her job. She deletes the post. A few weeks later, she is seen at a rally supporting LGBT rights.

An elderly scholar has spent his entire life studying and teaching Islam. He is boycotted on social media for being too old fashioned, out of touch and conservative. He is unable to reach the youth because people keep sharing lies and slanders about him. Quietly, he fades away and nobody notices.

A hip young guy starts making funny YouTube videos and snarky tweets. He gains a large following on social media. After a while, he starts posting his own opinions on various Fiqh issues. He has no Islamic qualifications, but his fans don’t care. They take his views as Gospel and follow it as if it is the Quran itself. He becomes the next big thing in social media.

So what’s going on?

Simply put, Muslims have embraced several unIslamic practices as the norm on social media. These include cyber-bullying, backbiting, slander, threatening to get people fired from their jobs, and a mob mentality.

The result is a very hostile environment to do Dawah in. Slowly, over the past few years I have seen more and more scholars quietly move away from social media, while many Non-scholars gain thousands of followers who take their religion from them. We need to figure out a way forward for the ummah as soon as possible.

Being bullied by those who disagree with you is part of the job. In the past, it may be one or two people in a crowd that you have to deal with. Now it is thousands of people online threatening you, your family and your livelihood. We have to be brave, yet careful.

We need to gain a thick skin when dealing with cyber-bullying. It is simply part of the job and we need to learn to live with it. It is not possible to go through life teaching Islam without facing harassment from the public.

However, I also recommend two other things. The first is to secure such sources of income that nobody can threaten to get you fired. This can be done either by working for organizations that share your opinions, or being financially independent. Either way, try to get into a position where these threats can’t be carried out.

The second is to keep most of your Dawah off social media. I honestly no longer consider social media (with the exception of YouTube) as a good avenue for Dawah. People on social media tend to be too emotional. They tend to misunderstand posts easily. And they have a mob mentality.

Instead consider doing Dawah in person, teaching classes (both online and offline), having your own website and being active in your communities. Leave social media as simply a means to draw people towards all of these. Keep the more controversial discussions for more controlled environments where you can discuss things maturely, and with as much details as possible. This is far more fruitful than trying to explain things through a Facebook post (or worse, a tweet).

There is no place for bullying in Islam, especially bullying people of knowledge. This modern day ‘call out culture’ is unIslamic in most cases. (The exception being when someone is genuinely harming society)

And threatening to get someone fired from their job because you disagree with them is never justifiable. Will you deprive an entire family of income and subject them to potential poverty because you disagreed with a tweet? Don’t be so selfish! People’s income should never be threatened. It doesn’t just affect them, but their families too. (Again the exception being if a person is abusing that job/position to harm people)

We must maintain Islamic manners, both online and offline. We must learn to discuss things politely, maturely and with a willingness to learn. And we must be willing to follow the truth even when it goes against popular opinion.

If we don’t do this, then we risk changing the religion and being accountable for that on the Last Day.

Cyber-bullying is ruining Dawah on social media. Scholars need to be braver, but also need to secure better sources of income and focus more on their Dawah outside social media. Leave social media to be a means of drawing people towards your other resources.

Muslims, in general, must let go off cyber-bullying, mob mentality and threatening people’s livelihood. We must start being more emphatic towards each other, and deal with each other maturely. These steps are necessary if we want Islam to thrive.

2 thoughts on “How Social Media is ruining Dawah”