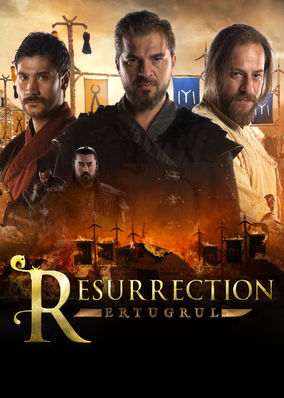 This isn’t a review of Ertugrul Season 1. It is a reflection on some lessons that hit me when watching it. It took me a while to get down to watching the show, but after several recommendations, I am glad that I did.

Ertugrul is everything I wished for in a Muslim TV series. It is grounded, realistic, well acted, and portrays Islamic teachings is a practical, non-preachy, manner. I really love the show. Having finished watching Season 1 a few weeks ago, I decided to reflect on it for a while before writing.

I learned a lot watching Ertugrul but here are the four things that really hit me, which many people aren’t talking about:

1. The power of Media (especially TV Series) in shaping our cultures

I always knew that TV Series played an important role in shaping cultures. But until now almost any example I have seen is negative. Over the past two decades, I have seen the cultures of many Muslim homes eroded by Secular TV Series and their (lack of) morals. Slowly, some Muslims became accepting of Zina, Homosexuality, and all kinds of sin. The power of TV to influence the minds of the average person is scary.

Ertugrul is the first true example I have seen of the opposite. Over the past two months, I have been amazed by how many good qualities my friends, family and myself have picked up from this show. Ertugrul is bursting with good examples of everything: parenting, respecting parents and elders, treatment of spouses, honoring guests and so much more. And it really amazes me at how fast people are picking up these good qualities from watching this show.

Just imagine, two months of watching a Muslim TV series influenced some people so positively, imagine a generation raised on such wholesome media!

2. There is room for Historical Fiction in the Muslim world

I love fiction and believe it to be an extremely powerful tool for motivating people. A lot of people’s minds are captured by fictional stories. And they are influenced by these stories, whether they realize it or not.

However, the Muslim world has mixed opinions on fiction. There are Muslims who consider fiction completely Haraam and a waste of time. I know this, because such people gave me a hard time about my latest book ‘Ahmad Climbs A Mountain” which is fictional.

But there are also many others who appreciate a beneficial fictional story and realize there isn’t anything Haraam about it.

Ertugrul is historical fiction. Meaning that although it is based on history, with Ertugrul, Sulaiman Shah, Ibn Arabi, etc. all being real people from our history. The core story-lines are fictional to create an exciting Action-Adventure series.

And despite this, people have been very accepting of the show. In fact, I am yet to find Muslims bashing it for being fictional. This shows that there is room for more historical fiction in the Muslim world. Which gives me courage to finally work on some ideas I’ve been keeping locked away for the past few years. 😉

3. We really need our own media

It has become extremely difficult for Muslims families to find wholesome programs to watch. Almost every modern-day show promotes the liberal agenda and tries to force the LGBT agenda upon viewers. Now, more than ever, we need to invest in Muslim media.

Ertugrul is a great first step in the right direction. It is proof that Muslims can produce high quality exciting TV series that are grounded in Islamic culture and beliefs. Ertugrul clearly shows what we are capable of producing and that there is a demand for such products.

Now we need more companies to follow in its footsteps and produce more awesomeness. We know that the average person’s beliefs and views are shaped by the media they view. So we really need to invest in and produce our own awesome media.

My hope is that this will lead to a generation of Muslims that will grow up on Muslim media. And as a result, they will be proud of their Muslim heritage and culture. Such a generation could really make a different is revitalizing Islam in their countries.

4. Dignity, Honor and Respect are beautiful but forgotten aspects of Muslim culture

We don’t talk about these topics enough, and as a result we live in a time when the Muslim world lacks honor, dignity and respect. This show is proof that the best way to teach these qualities is not through talking, rather it is through demonstrating.

In this show, we see so many beautiful examples of men and women who are honorable, dignified and respectful to each other. When you see characters like Hayme and Ertugrul, you actual feel respect for them because of the way they carry themselves. It is really something that needs to be seen to be understood.

In an era in which people are confused about gender, Ertugrul teaches us that when men are real men, and women are real women, people will love and respect them. There is no need to try to be like the opposite gender. If you want respect, be true to the teachings of Islam.

If for no other reason, I would love for more people to watch this show just to observe the manners, dignity and respect the characters carry themselves with. I hope that through repeated viewings of such beautiful manners, we will all start to mimic their behavior, and revive these Sunnahs in our lives.

So there you have it, four things I learned from watching Season 1 of Ertugrul. Share your lessons in the comments below!