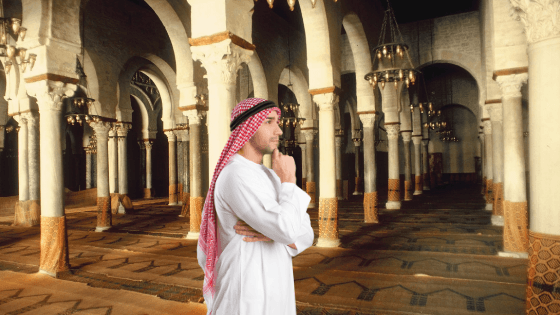 The Maxims of Fiqh (al-Qawāʿid al-Fiqhiyya) refer to simple formulas of Fiqh principles that scholars use in their Ijtihād. These maxims were developed in the second half of Islamic history to make Ijtihād and fatwa-making easier. They are taught in Islamic universities across the globe and memorized by students, in order to facilitate Ijtihād.

In this brief article, however, I want to show a different usage of these same maxims. I believe that these maxims can be used by the general public, not to make fatwas, but rather to guide their lifestyle choices and to keep their lives within an Islamic framework. To show, I have chosen for this article five basic maxims of practical value that all four madhhabs agree upon.

1. Actions are judged by their intentions

This is the first of the five major maxims of Fiqh. Some scholars state that as much as one-third of Fiqh is based on this maxim. In Fiqh, this maxim has multiple usages, which include deciding the ruling on something and whether it is rewarding or not.

In terms of practical everyday usage, we can use this maxim to guide our daily life choices. In everything that we do, we should ask ourselves first, “What is my intention in doing this?” The application of this maxim to our daily lives will ensure sincerity and ward off hypocrisy. It will keep us focused on pleasing Allah, and prevent us from straying in our intentions.

2. Harm must be eliminated

This is also one of the five major maxims of Fiqh. The Fiqh of ḥarām is generally based on this maxim i.e. anything whose harms outweigh its benefits is usually categorized as ḥarām. When judging the value of a thing, scholars weigh the benefits and harms and lean towards prohibition when the thing in question is harmful.

We can apply this maxim to our general lives by living our lives in a manner in which we do not harm anybody, including our own selves, with our actions. By consciously choosing to avoid self-harm and harming others, we can live a life of happiness, fulfillment, and satisfaction. Before doing anything, ask yourself, “Will this action be harmful to me or anyone else?” If the answer is yes, then avoid that action unless it is necessary.

3. The original state of people is innocent

This maxim also translates as ‘The original state of people is freedom from liability’. Not only is this an accepted maxim in all the schools of Fiqh, but it has also been adopted by the West under the maxim ‘innocent until proven guilty’. The application of this maxim in Fiqh is that people are innocent of any crimes they are accused of until sufficient evidence is produced to prove their guilt.

We can apply this maxim to our daily lives by avoiding rumors, gossip, and slander. Currently, there is a trend to believe any accusations made about people online. This is unislamic behavior and can lead to great harm in society. Whenever we hear an accusation, we should assume the individual to be innocent until there is clear evidence of guilt.

4. The lesser of two harms should be chosen

This maxim simply means that when a person is in a situation in which all options cause harm, they should choose the option that causes the least harm. This maxim is used in Fiqh to modify the ruling on prohibited things during times of need. Sometimes we will tolerate minor harm if it prevents greater harm.

We can apply this principle in our daily lives by being practical in our approach to life. It isn’t always possible to be perfect and to have choices that are nice and beneficial. Sometimes we are stuck in situations in which whatever we do, someone gets hurt. In such situations, we should choose the minor harm (usually to ourselves) over major harm. This principle can keep us from causing more harm than necessary in times of difficulty.

I hope you found this article beneficial. In shaa Allah, I will produce another article soon highlighting another four maxims that can be applied to our daily lives in a practical manner.

One thought on “4 Fiqh Maxims for General Life Guidance”